Skip to content
HomehealthGout: Causes Symptoms diagnosis Types and Treatments
Let us tell you that gout is just a general term for various conditions caused by the build-up of uric acid. This buildup usually affects the feet very much.
Friends, if you have gout, you will probably feel swelling and pain in the joints of your toes, especially in your big toe. Sudden and intense pain, or attacks of gout, can make it feel like your foot is on fire.
Symptoms of gout
Let us tell you that some people have a lot of uric acid in their blood but there are no symptoms And that is what is called asymptomatic hyperuricemia.
Be aware that for acute gout, the build-up of uric acid crystals in your joint causes symptoms to occur quickly and last for 3 to 10 days.
Be aware that you will have severe pain and swelling, and your joint may feel hot. And with this, you will not have any symptoms in between attacks of gout. 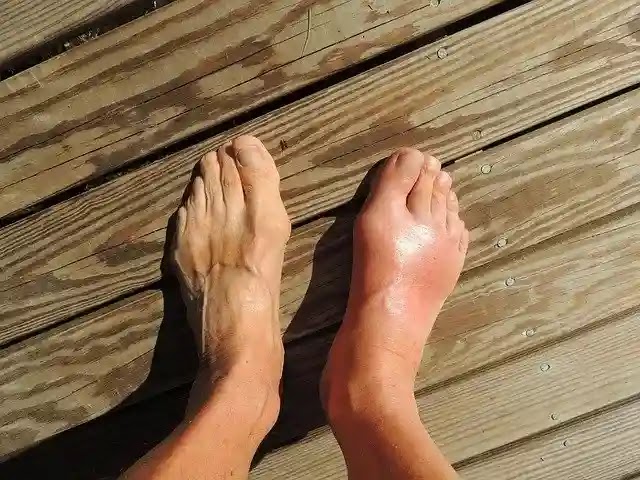